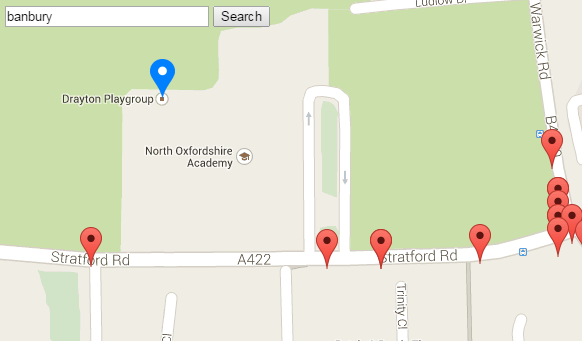 Last month AXA launched their ‘Local Road Safety Index’ using data [published by the Department for Transport] and analysed by ourselves.  As well as producing a map showing the location of recorded injury collisions between 2008 and 2013, we also undertook a spatial analysis of all collisions with 500m of each school listed on [http://www.goodschoolsguide.co.uk].

The full methodology was [published on our website] and in it we outlined exactly how the work was done and how road safety professionals could use the information.  The final paragraph in the methodology states that,

“It is important to understand that a majority of all urban public road networks in Britain fall within 500 metres of at least one school, and this analysis makes no attempt to relate collisions directly to the presence of schools. To a significant degree, the location of schools can be understood as a proxy for road networks at the heart of busy communities. This analysis should in no way be regarded as a measure of the school as an institution, but rather a measure of risk in the community within which the school is located.”

So, given that this analysis is not measuring the road safety performance of a school, what does it say?  The most significant findings were that road safety performance varies according to population and network density, as collision rates have reduced more quickly in rural areas than in urban ones over recent years.  In regional terms  this trend was most clearly seen in slower rates of collision reduction across London, the most densely populated region in Great Britain; while most other regions experienced somewhat slower collision reduction in urban areas compared to rural ones.

No filters were applied to data to attempt to identify collisions that involved children travelling to school.  Reporting of all collisions is known to be incomplete, and relying on the ‘journey purpose’ field in STAST19 would reduce reporting further and would not identify pupil pedestrian casualties.  The majority of school vicinities in the UK would contain very few collisions if this approach was taken and, because no link could be presumed between a child casualty and nearby schools, would itself be a misrepresentation of the true picture on our roads. While it may be possible to model pupil movement to some extent using time of day and day of week information, wide variations in term dates between authorities and years would still make it hard to draw firm conclusions.

As well as providing the map and the schools analysis we also supported the launch, talking to local media outlets and discussing general road safety topics relevant to all road users.  Topics discussed covered engineering solutions, the effectiveness of lower speed limits and enforcement, education schemes offered by local road safety officers, and advice to parents about setting a good example to their children when walking and driving.  We were very clear to point out that the road safety record in this country is strong and that children walking to school is perfectly safe and indeed good for their health.

Unfortunately we are not able to control how the results or indeed the project as a whole is reported, and it has come to our attention that in some instances the data may have been misrepresented.  Where this has been drawn to our attention we have worked with the local authorities to ensure that correct information is available to them, and will continue to do so.

As an organisation we are committed to delivering insight into road safety matters using a variety of data sources and we also aim to raise awareness of things people can do to reduce their risk.  We are always open an honest about the work we undertake and publish our results in as much detail as possible.