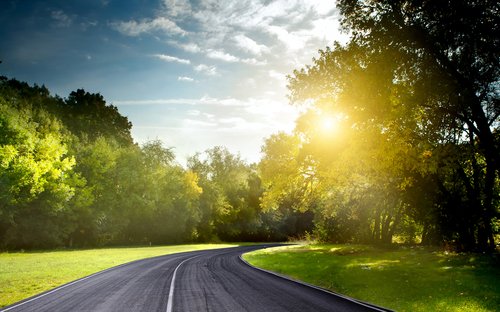 For quite a few years now the Department for Transport (DfT) have been interested in how unusual weather (temperature and precipitation) affects the number of people killed and injured on our roads.  This subject was brought to everyone’s attention following the publication of the 2010 casualty figures which were, at the time, the lowest on record.  Many different factors could have contributed to this sudden fall (Surrey County Council commissioned some excellent research on this) and one of the most obvious ones was the very cold weather and heavy snowfall experienced across much of the UK in January then again in November and December of that year.

There is a supposition that unusual weather events can have different impacts upon casualty numbers, for example:

These theories seem to make sense logically but do they reflect the picture on the ground in terms of casualties, and are these weather effects universal throughout the year?
Well, the DfT, together with the Office for National Statistics (ONS) have this year carried out an analysis ‘Modelling the impact of the weather on road casualty statistics’.

The report, and the technical companion document make interesting reading for those with an interest in road casualty data, meteorology and statistics.
In summary they looked at casualty totals on a month-by-month basis for pedestrians, cyclists, motorcycle users, and car occupants between 1979 and 2012; then matched these figures to average UK monthly rainfall and temperature figures for the same period.
There was a fair bit of statistical jiggery-pokery going on before they finally came up with their analysis which resulted in a lookup table that identified which users groups in which months may see their casualty totals affected by temperature or precipitation.

Download 'Modelling the impact of weather on road casualty statistics'

Many of us who have been involved in road safety for a while are instinctively aware of the effect of the weather. Unusually warm April weekends are often followed by dread on a Monday morning in many areas of the country, predicting there will be a fatal motorcycle report amongst the daily emails. Heavy snow leads to police and fire colleagues dealing with more shunts but fewer KSI collisions. As such, we at RSA have previously undertaken analysis to see if there were any correlations between annual peaks and troughs in collision involvement and the weather (using maximum and minimum temperatures and millimetres of rain recorded at a local weather station).

In 69% of months where there were higher numbers of Berkshire motorcyclists involved in collisions than average, there was less rainfall than average. Temperatures also seemed to have a correlation with collision involvement rates: 80% of troughs coincided with lower than average maximum temperatures. We concluded in 2013 that “whilst not conclusive, the analysis does seem to indicate that collision involvement increases in good weather, which might be a result of leisure riders making conscious decisions about which days to take the motorcycle out.”

All of this analysis has now led to the DfT and ONS publishing estimates of what road death figures may have looked like over the last five years, if weather patterns were ‘normal’ in each month.  The analysis indicates that in every year except 2010, the numbers killed on the roads would have been lower if it wasn’t for the weather.  That choice of words isn’t one used by the DfT but it neatly summarises their point.  A total of 64 people therefore would not have been expected to be killed, had the weather over the last 5 years been more consistent with long-term trends.  The weather effect in 2010 was to reduce road deaths by 21, although the effect of cold weather on other causes of death would have wiped this ‘gain’ out thousands of times over.

Whilst the weather analysis provides new insight into how external factors can influence casualty rates and has shown that numbers would have been lower if weather in recent years had been more ‘normal’, the general trends of actual and weather-adjusted fatalities are very similar. It suggests that the downward trends experienced from 2003 to 2010 occurred regardless of weather activities and that the slowing of casualty reduction since 2010 also is not solely weather-related. Road safety progress since 2010 has been discussed in detail in this RAC/PACTS/Road Safety Analysis report.

So, how does the new weather analysis by the DfT affect those working in road safety at a local level?
If we are faced with higher than average motorcyclist casualties in a dry March should we just shrug our shoulders and say, “It’s nothing to worry about, it’s just the weather”.
I suspect that answer would be far from it.  In some respects this could help target interventions during unusual months, helping us focus proactively on those road users more at risk.
Of course we actually need to know why the number go up or down; what factors are involved - was it due to driver behaviour or poor visibility?

It’s early days yet but we could in theory look at adding an ‘unusual monthly weather’ as a field to MAST which would help people analyse what happens in these months on more detail, although we would prefer to have more precise meteorological data first of all.  One obvious filter that needs applying to the data is ‘was the road surface wet’ when looking at months with high rainfall.  We will address the question of new analyses and MAST dimension at our spring conferences as usual - watch this space for more details on those soon.