Is this the end of the golden era of casualty reduction?

Vision Zero – Why F1 has one and we don’t 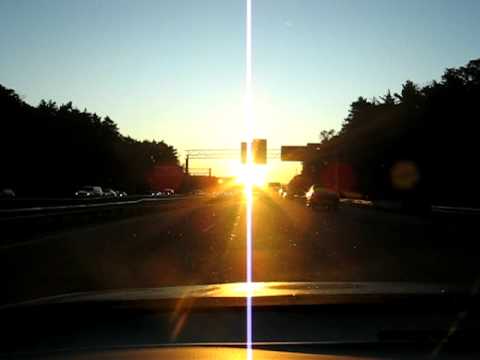 The AA published an interesting report today that looked at the issue of dazzling sunlight, especially in relation to the autumn months.  The data has come straight from the most recent RRCGB publications and it’s great that pro-safety organisations are taking the time to look at the data to try to pick up on trends.

It has been picked up by many news outlets and there seems to be some very excitable reporting with observations that can’t be justified by the data.  [The Daily Mail reported the headline] quoted in our title and it is factually incorrect as the AA's data refers to all deaths resulting from collisions where one vehicle was attributed CF706.

We have used MAST Professional this morning to dig a little deeper to find the truth and explore some key problem areas in more detail.

Note:  The analysis was carried out using MAST Professional examining the contributory factor (CF) CF706 ‘Dazzling Sun’. We looked at all drivers involved in crashes attended by a police officer, where at least one CF was recorded.  Other contributory factors may have played a part in the collision taking place and the results do not mean that the sun was solely to blame.

In terms of raw numbers there appears to have been a slight reduction in the total number of vehicles (drivers) assigned CF706.  Comparing those figures to the percentage of all vehicles assigned a CF does show an increased prevalence in reporting however.  Comparing the most recent four years (2010 -2013) with the previous period (2006 – 2009) indicates that on average the percentage of collisions where CF706 was reported rose from 1.2% to 1.31%

Using the most recent five years (2009 – 2013) and looking at monthly trends it can clearly be seen that there is a big jump in September then a drop off in January.  Perhaps more relevant in assessing relative risk is the indexed results, which compare the number of vehicles assigned CF706 versus all CFs reported.  This shows that it is December that has the highest reporting rates with an index value of 143 (43% higher risk than average).  This probably reflects the fact that the angle of the sun in December is lower in that month and is therefore causing more distraction.

Once again, looking at raw data only tells part of the story – here we see a greater number of vehicles attributed with CF706 between 6am and noon, but how does this compare with other factors at play during those time periods?  The answer is ‘significantly’.  The indexed results show that it’s the morning sun that appears to be more of a problem with a 72% higher frequency of vehicles being involved in collisions compared to the norm.

This is where MAST Professional really shines because you can’t find out about driver profiles from most analysis tools, and certainly not at a national level.  We chose to use vehicles as our measure for this analysis precisely because it tells us more about what’s happening in these types of collisions.
The driver age analysis when looking at total numbers produces a raw count of vehicles, which isn’t very useful unless you compare it to the normal distribution of collisions.  This shows a big jump in reporting from the age of 55 onwards with attribution of CF706 rising continually as age increases.  Drivers aged 85+, although small in numbers, have an increased chance of being attributed this CF of 270%, compared to other factors.
A study from 2013 concluded that the major decline in vision is due to changes in the eye's optics and this affects contrast sensitivity, ability to adapt from light to dark or dark to light environments, dealing with glare, motion perception and colour perception.  This is a significant issue when dealing with low sun and long shadows.
[http://www.visualexpert.com/Resources/olderdrivers.html]

Although this micro-study is only a quick analysis of some factors associated with CF706 is does pick up some serious areas of concern.  We concur with the AA about the risk increasing recently and agree with their advice to motorists. We would also add that drivers should take extra care early in the morning, especially in deep mid-winter when the sun is at its lowest. Mature drivers should consider their options regarding eyewear, ensure their eyes are checked regularly and appropriate tinted glasses are available.