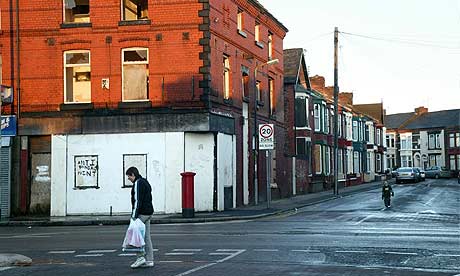 Every few years the Office for National Statistics (ONS), the Scottish Government and the Welsh Government calculate an Index of Multiple Deprivation (IMD) for each small area (lower layer super output areas (LSOAs) in England and Wales and Data Zones in Scotland) using a range of economic, social and housing data. The latest Welsh Index of Multiple Deprivation was released in 2014 and the most recent Scottish IMD was released in 2012. In England there was a release in September 2015 but this was too late for inclusion in the latest update of MAST so the 2010 version was used.

Analysing deprivation in road safety analysis projects is useful for identifying whether certain groups of society are more at risk of being injured on the road. It can also help to build up a profile of who to aim for with your planned intervention.

Possibly the clearest example of the difference in IMD distribution is pedestrian casualties. The chart above shows the percentage of casualties with a known postcode from each IMD decile over the most recent 5 year period (2010-2014). The highest percentage of casualties are from the most deprived decile (17.6%) with the percentage reducing as deprivation lessens. This indicates that it is the most deprived communities that are being injured as pedestrians. Of course, this doesn’t take exposure in to account as we don’t know the amount of time spent walking by resident home location.  The increased risk could just be because more deprived people have less access to other means of transport and therefore have to walk.  It could however be a reflection of the road environments they walk in.
An alternative analysis looks at riders of motorcycles.  We can see the distribution of motorcyclists by motorcycle engine size in the chart below. It is interesting that the most deprived communities are more commonly injured on smaller motorcycles but this tails off towards the less deprived communities. There is a more even distribution of casualties on larger motorcycles (over 125cc) with less casualties in the most deprived decile, increasing up to the more deprived 40% then reducing slightly to the least deprived decile.

Separating pedal cycle user casualties in to those injured on a weekday and those injured on a weekend highlights a higher percentage of casualties from less deprived areas injured on the weekend compared to weekdays whereas the opposite is true for those from more deprived areas. This suggests that for cyclists from less deprived communities, who are cycling more on the weekend for leisure purposes, cycling is a choice not a necessity.  The differences are quite small however and probably reflects that weekend leisure cycling actually makes up a very small percentage of journeys.

As the Index of Multiple Deprivation is applied to areas of roughly equal population (LSOAs and Data Zones) it isn’t surprising that the population is almost equal across all deciles. For this reason there is little to be gained in using population to create rates and indices for analysis at national level. However, indexing by population can be beneficial when looking at individual authorities where the distribution of deprivation isn’t so even.

There are a high number of casualties from the least deprived parts of Surrey but as the index value of 82 shows this is 18% lower than expected based on the population of the least deprived areas of Surrey. Although the number of casualties from the more deprived 30% decile is low (40), these communities are over-represented as casualties at more than twice the expected level based on their population within Surrey, as shown by an index value of 217.